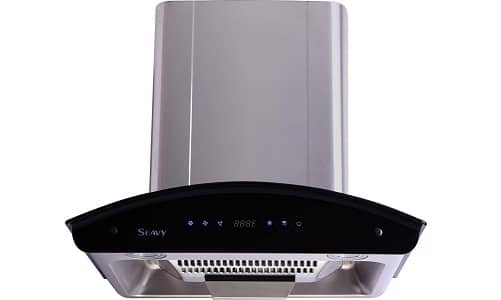 Do you know that when you start cooking in your kitchen, it will release impure air? There has to be some plan to get rid of the smoke. The smoke will settle on the appliance you use and will form a thin coat of grease. It will make the kitchen look dull and will also affect your health.

When you are cooking, the smoke that emits will also cause internal air pollution. This pollution will create respiratory problems. The kitchens need to contain pleasant air circulation. The air inside needs to be cleaned, so this is where the kitchen chimney and exhaust fan comes into play. However, you need to select the one that suits you best.

These two are excellent in cleaning the air. However, their operations are different. The design and cost are also different. Now let us see the advantages and disadvantages of each of them and find out what is best for you.

The kitchen chimney will get rid of the vapors and the smell from the cooking place. It can either be ducted or ductless. The ducted chimneys below 15000 will remove the polluted air when the ductless chimneys clean the polluted indoor air. Then it will release it back in the house till the impurities are removed.

The ducted chimney has a hood/canopy. There is also the filtration panel, motor, exhaust pipes, and also the vent. The ductless chimney contains a layer of carbon for fighting all the bad odors. The main thing about the kitchen chimney is that the canopy catches the smoke and routes it with the filtration panel. There is the motor or the fan that is used for drawing the air and making it come through the pipes.

The exhaust fan, when installed in the kitchen, vents the impure air. It lets out the smoke, moisture, soot, and other moisture in the kitchen. In other words, the exhaust fan will take away the stale air by continuously circulating the room’s air.

Decide which one suits you.

Although both of the appliances are excellent at fighting with indoor air pollution in many ways, the chimney is more effective than the exhaust fan. The chimney filters get the oil droplets and take it out of the air current. This prevents it from mixing with or escaping the house air.

This ability is not present in the exhaust fan. The chimney can remove the smoke, carbon, and other odors. It will also aid you to clean the kitchen and get rid of the grime. Your appliance will stay clean and also spotless. However, installing a chimney is expensive. It is not easily bought as an exhaust fan. The chimney will require good planning. Some things in the kitchen need to be changed according to the chimney.

These are some of the things you need to look at when choosing between the two appliances. One has many advantages while the other is pocket-friendly.