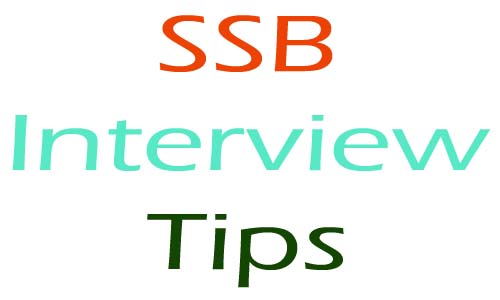 Services Selection Board (SSB), is an extensive service fraternity that is supposed to bring out the elite and sheer minds out of the lot. And the very reason why the extensive Personality and Intelligence Interview is spread over 5 days for each and every candidate brought into the selection process. The phases of the interview are scientifically analyzed and each candidate is briefly accessed for proving their capability to be the part of the Armed Forces. However, there are numerous ways for an individual to be commissioned as an officer in the Armed Forces of India. Despite the qualifications, SSB is the platform that lay the fundamentals for these ambitious candidates to be the part of the Armed forces. On a typical observation, the selection is designed over a five-day process, screening test on day 1, Day Psychological Tests ion day 2 , group task on day 3 & 4 is the final Conference on day 5. The personal interview, however, is conducted in between mostly during after the break for lunch or evenings. These qualities that are favored by this selection board include more contrasting characteristics of a candidate such as Effective Intelligence, sense of responsibility, and judgment under a tense situation. The secondary aspects included the ability of the candidate to reason and organize, assessment in communication skills, determination, courage, and self-confidence. The tertiary aspects include the competitive analysis of a candidate that includes decision-making, alertness, logical reasoning and the loyal compassion to the nation. So as a candidate, you need to look out for some special aspects that could help you with these SSB Interview tips.

One of the last things you need is to blow up the efforts by overdoing the interview. It is estimated that more than 80% of those who attend an interview are concerned about themselves and their prospects. Unlike the conventional jobs, SSB is more a challenging interview where you are supposed to deal with conflicts and situations that are completely raw in nature. These could be the situations that could even mean life or death in extreme situations and hence, you own capability is the least of the concern in the forces. So , what you need is to keep calm and do what you are supposed to do in a very relaxed mode.

Never hurry with the questions and tasks that have been assigned to you. As with most of the candidates, there is a belief that getting the tasks done in a hurry, gets them higher scores. But as with SSB , there is a need for integrity and composure to really impress and get the grace of the selection board. So it is important to keep a composed mind all through your tasks and questions and make sure you get the options in a more matured sense of responsibility.

The board is all about decisions that are made on a collated process. There is very less likely chance that you will end up not being selected or selected based on a performance or your discussion with a single member or entity in an organization. Hence, arguing and trying to judge the people sitting opposite to you is the last thing you need.

As with overdoing, most of the candidates only become active when intimidated or confronted by the officers. And the larger lot remains unnoticed through the stages of the interview. So make sure that you stick to the point in a reserved and composed manner, yet giving out lesser negativity by asserting on your point. Also, consider others being given a chance in the discussion and engage with the subject rather than getting along with non-related issues.

On the larger context, however, there are more improvements and reformations you could have a hand on before getting on with the interview. It is much better if you could ask for guidance from someone who has already had the experience being in the interview. Even though you might not find all the answers, it should be efficient to deliver the boost for your confidence once you know what it is all about. On an overall, Patience and confidence is the primary key in SSB interviews.