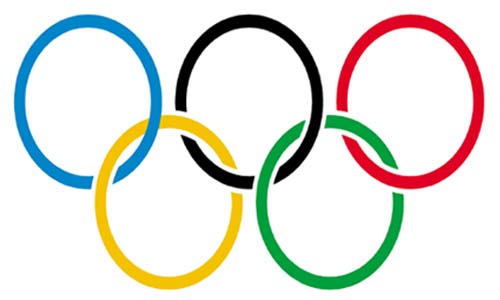 This list of most Olympic countries not included “2016 Rio Olympics” it will be updated after 21st August when the Rio Olympics close and we have final medal tally of Rio Olympics. So, without anymore delay let’s move to list of top 10 countries with most Olympic medals.

With the 420 medals China placed on 10th position. China is a communist nation in East Asia, is the world’s most populous country. Its vast landscape encompasses grassland, desert, mountain ranges, lakes, rivers and 14,500km of coastline. Beijing, the capital, mixes modern architecture with historic sites including sprawling Tiananmen Square. Its largest city, Shanghai, is a skyscraper-studded global financial center. The iconic Great Wall of China fortification runs east-west across the country’s north.

Hungary is a landlocked country in Central Europe. Its capital, Budapest, is bisected by the Danube River and famed for its dramatic cityscape studded with architectural landmarks from Buda’s medieval Castle Hill and the grand neoclassical buildings along Pest’s Andrássy Avenue to the 19th-century Chain Bridge. The country has a long, rich history, and its culture reflects Roman, Turkish, Slavic and Magyar influences.

Sweden is take place on 9th position with 483 medals. Sweden is a Scandinavian nation of thousands of coastal islands, inland lakes, forests and mountains. Its principal cities, eastern capital Stockholm and southwestern Gothenburg and Malmö, are all on the sea. Stockholm is home to royal palaces, parkland and museums such as open-air Skansen. Its 13th-century old town, Gamla Stan, is set on islands joined by bridges and ferries.

Australia is on 7th position with 531 medals. Australia is a country, and continent, surrounded by the Indian and Pacific oceans. Its major cities – Sydney, Brisbane, Melbourne, Perth, Adelaide – are coastal, but its capital, Canberra, is inland and nicknamed the “Bush Capital.” The country is known for its Sydney Opera House, Great Barrier Reef, the vast Outback (interior desert wilderness) and unique animal species including kangaroos and duck-billed platypuses.

Italy, commanding a long Mediterranean coastline, has left a powerful mark on Western culture and cuisine. Its capital, Rome, is home to the Vatican as well as landmark art and ancient ruins. Other major cities include Florence, with Renaissance treasures such as Michelangelo’s “David” and its leather and paper artisans; Venice, the sinking city of canals; and Milan, Italy’s fashion capital.

France, in Western Europe, encompasses medieval and port cities, tranquil villages, mountains and Mediterranean beaches. Paris, its capital, is known worldwide for its couture fashion houses, classical art museums including the Louvre and monuments like the Eiffel Tower. The country is also renowned for its sophisticated cuisine and its wines. Lascaux’s ancient cave drawings, Lyon’s Roman theater and the immense Palace of Versailles are testaments to its long history.

The last year Olympic host country Great Britain is stand on 4th position in most Olympics medals countries. Great Britain is an island separated from the European mainland by the English Channel and North Sea. It comprises the nations of England, Scotland and Wales. Its long history is evident in prehistoric sites such as Neolithic Stonehenge, and medieval castles like those at Warwick, Dover and Caernarfon. Roman ruins include Hadrian’s Wall, which once divided Roman Britain from the northern Scottish lowlands.

If you have seen the last few Olympics it may quite difficult to expect Germany on 3rd position but its true they are on position with huge 1035 medals in Olympics. Germany is a Western European country with a terrain of vast forests, rivers and mountain ranges, and 2 millennia of history. Berlin, its capital, is home to thriving art and nightlife scenes, iconic Brandenburg Gate and many sites relating to WWII. Munich is known for its Oktoberfest and cavernous beer halls, including 16th-century Hofbräuhaus. Frankfurt, with its skyscrapers, houses the European Central Bank.

Russia, the world’s largest nation, borders European and Asian countries as well as the Pacific and Arctic oceans. Its landscape ranges from tundra and forests to subtropical beaches. It’s famous for novelists Tolstoy and Dostoevsky, plus the Bolshoi and Mariinsky ballet companies. St. Petersburg, founded by legendary Russian leader Peter the Great, features the baroque Winter Palace, now housing part of the Hermitage Museum’s art collection.

As you have already expected yes, It’s United States who got the 1st position in the list of top 10 countries with most Olympics Medals they are on 1st position with 2406 medals. The U.S. is a country of 50 states covering a vast swath of North America, with Alaska in the extreme Northwest and Hawaii extending the nation’s presence into the Pacific Ocean. Major cities include New York, a global finance and culture center, and Washington, DC, the capital, both on the Atlantic Coast; Los Angeles, famed for filmmaking, on the Pacific Coast; and the Midwestern metropolis Chicago.

In last few Olympics China won maximum medals and get 2nd or 3rd positions in the medal tally if they continue persists their performance may be they get chance in top 3 position of this table. Hope you like this table in case you wanna quick overview of maximum Olympic medals countries just have a glace on below table with most medals. Hope you find this article worthful for any query feedback just post it in below comment box.