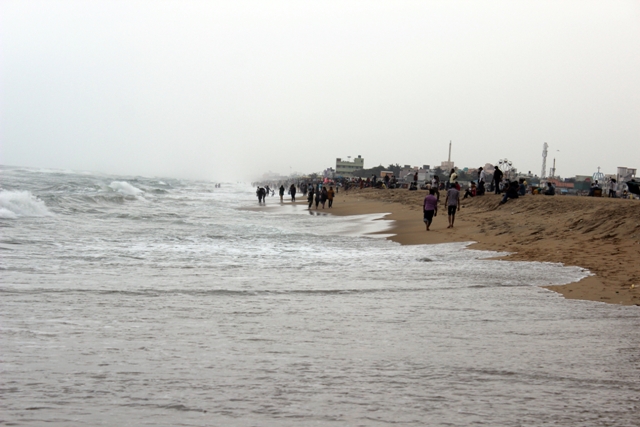 10. Besant Avenue Road
Besant avenue road is one of the most haunted places in Chennai. The people have witnessed strange things happening to them not only after dark but also during the daytime. The place gets very eerie after a certain point and people have been tortured here. Strange, but true. It is believed that a lot of evil spirits haunt this place.  It is therefore advisable to avoid go to this place after dark.

9. Anna Flyover
Anna flyover, the bridge connecting the city is one of the most haunted places in Chennai. People have seen ghosts here and strange and weird noises. It is also a famous suicide point in Chennai. Which makes the paranormal activities believable. The ghost seeing and strange noises are witnessed commonly during late hours.

8. Theosophical Society
Theosophical society of Chennai is one of the most haunted place. The Banyan tree is unending and have a lot of branches. The people living around have also heard loud screaming and strange figures. The place is indeed scary.

7. Two Lane, East Coast Road
The Two Lane in the ECR is one of the places where the paranormal activities take place. Few years ago, a girl died in a road accident on these lanes. Ever since she has been haunting the place. A lot of drivers have seen a girl appearing from nowhere in the middle of the road and crossing the road and suddenly. The driver will surely lose their balance in such a scenario. Hence be careful when you drive on these lanes, especially during the night.

6. Broken Bridges
The Broken Bridges is one of the scariest places in Chennai. It is located near Adyar and is haunted. The bridge is half broken and is also a place for a lot of ghosts who comes out only during the night hours. During the night it is a famous shooting spot for movies.

5. Valmiki Nagar
There is an abandoned apartment in the valmiki nagar, which is haunted. The apartment number F-2 on Seward Road is said to be possessed. There is a living spirit of the owner’s daughter in the house who died years ago. The people living around have heard banging of doors and loud screaming and continuous sobbing of a girl. Sounds too scary. And not just that, a person loses its signal as soon as they go near this place. Adding on to that the girl possessed two people who tried to go inside.

4. Blue Cross Road8
The blue cross road is one of the most haunted places in Chennai. It is also the suicide spot in Chennai. Hence you can imagine the paranormal and ghostly activities happening here. The road has so dense canopies that it prevents the sunlight from reaching the ground. If you happen to be there, just beware.

3. Demonte Colony
Demonte Colony is one of the most haunted places in Chennai. John De Monte constructed it and it is said that his spirit haunts the place. The guard of this house along with the dogs went missing. No one dares to go near the place and it gives very negative vibes and uncomfortable feelings.

2. Madras Christian College
The Madras Christian College is one of the most famous college in Chennai and also one of the most famous place for strange activities. The place is said to be haunted by a lover who committed suicide at Herbers Hall after the rejection. The students and the staff have witnessed a lot of strange activities like moving the utensils and banging the windows. Though the ghost so far hasn’t harmed anyone. The Tsunami that occurred in 2004 destroyed more than half of this place. A lot of spirits are wandering this place now. People have also witnessed strange things on the beach. The most common sighting is of the spirit of an old man and a child. And they can be seen at any time of the day. This definitely is scary and has scared a lot of people.