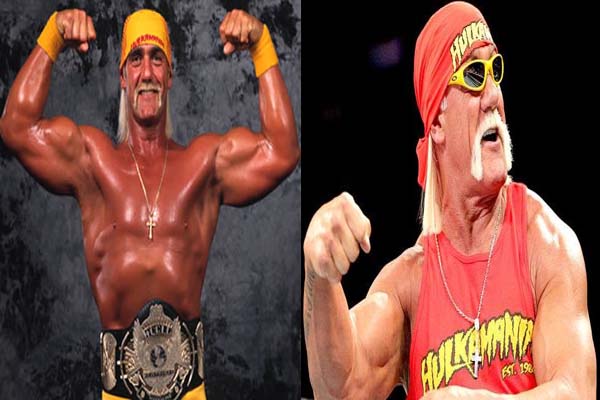 Vincent Kennedy McMahon had a dream in the 1980’s to create the greatest wrestling company in the world. He wanted to change the way people looked at professional wrestling. Although he started slowly, his company World Wrestling Entertainment (WWE) has hit the highs that no other wrestling organization could ever imagine. While the company grew, the wrestlers turned into world class superstars and movie celebs. Dwayne ‘The Rock’ Johnson and John Cena are two classic examples. Today the wrestlers of the WWE have a cult following the world over and have changed the way people look at wrestling. Here is a look back at some of the most popular WWE wrestlers of all time. John Cena needs no introduction. He is one the most popular stars in the current generation of the WWE. Although Cena started off as a body builder, working with the WWE development territory gave him a shot at the big ticket with WWE. Cena has been the WWE World Champion 14 times with 3 United States Championship titles and 4 World Tag Team titles to his name. For more information about John Cena read recently published articles “John Cena Wiki, Bio, Net Worth, Assets, Movies & More.” Triple H decided to switch royalties from the WCW to the WWE and boy did he make the smart move. He was initially part of ‘The Kliq’ along with Shawn Michaels, Kevin Nash, Scott Hall and Sean Waltman. He then went on to form the controversial Degeneration X along with Shawn Michaels making WWE all the more entertaining. Triple H has won numerous titles with the WWE and is currently married to Vince McMahon’s daughter, Stephanie McMahon.Read more about him here “Triple H Wiki, Age, Bio, Movies & More“. Andre the Giant was the first ever inductee into the WWE Hall of Fame. Andre was known for his huge size and earned him the nickname ‘Eighth Wonder of the World’. Andre was known to consume over 100 beers a day which eventually made him sick and caused his premature death. This is one wrestler who definitely cannot be replaced. Read Andre the Giant complete wiki, net worth, biography, movies information here. Randy Savage originally formed his own company ‘International Championship Wrestling’ and hoped to make it big. However, the lack of success prompted him to join the WWE where he became one of the biggest names of all time. Randy went on to win many titles with the WWE and created a legacy. He retired from the WWE with his head held high and passed away in 2011 leaving a rich heritage behind. You can get more information about him on my article here “Randy Savage Wiki, Age, Bio, Height, Movies and More” How can anyone ever forget ‘The Hitman’? Bret was born in a wrestling family and his brother Owen Hart and brother in law ‘The British Bulldog’ were also part of the WWE. Bret was known for his wrestling skills and his popularity with children was unmatched. Bret spent over 13 years with the WWE and went head to head with some of the biggest names in WWE. Don’t forget to read Bret ‘The Hitman’ Har Biography. Shawn Michaels was without doubt one of the most charismatic and popular wrestlers of all time. The ‘Heart Break Kid’ was popular among women. He started his wrestling career at a very young age. Although he wasn’t the biggest wrestler around, he was certainly one of the most competitive. He was one of the cornerstones in the foundation of the WWE. Read Shawn  Michaels Detail Bio Here. The ‘Dead Man Walking’ has had the longest streak ever in the WWE. This is one wrestler whose charisma and legacy can never be matched. His 21 match winning streak at WrestleMania will definitely be unmatched for years to come. The Undertaker’s mind games are still no match for anyone. Read The UnderTake Bio Here. The People’s Champion is definitely and will always remain the most electrifying person in sports entertainment. Although Dwayne has become a huge Hollywood superstar now, he still hasn’t forgotten his roots and makes a surprise appearance every now and then at major pay per views. He had some of the most entertainment feuds with Triple H and Stone Cold Steve Austin. Want to know about his movies and his biography and more then click on “Dwayne Douglas Johnson “The Rock” Biography” The Texas Rattlesnake was one of the most ferocious wrestlers of all time before a neck injury forced him to retire in 2003. Steve has been one of the most controversial and loved wrestlers of all time. Today he is a popular Hollywood star and he was also inducted into the WWE Hall of Fame in 2009. To know more about this WWE superstar read Stone Cold Steve Austin Bio here. What can be said about the great Hulk Hogan that hasn’t been said yet? He is the wrestler that introduced style and glamour into the world of wrestling. After making an appearance in the movie ‘Rocky III’, Hulk caught the eye of Vince McMahon and the rest as they say is history. Although Hulk eventually left to join the WCW, he had already made an impact on the WWE. To know more about one of the biggest and most popular wwe super star wrestler read hig biography here “Hulk Hogan Biography & Net Worth with Movie List“.