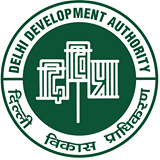 The draw process of allotment of flats is fully computerized which is based on Random Number Indicated Technique. The complete process of draw is containing three stages namely Randomization of Applicants & Flats, Picking of Lucky Numbers and third one is the mapping of applicants and the flats. All stages are described in details below:

1st Stage Randomization of Applicants & Flats:- The application records and the flats are randomized by affix random numbers to each application and each flat and sorting them on random numbers after that randomized applicant record and randomized flats will be printed on papers. Printed form of randomized applicant record is called Cross-Reference of Applicants and similarly the printed form of randomized flats is called Cross-Reference of Flats. Both the cross references of applicants and flats will be placed before the judges for checking to see that all the applicants and flats are properly randomized / reshuffled after their satisfaction judges put their initials on these records.